How Do We Do "Debt Sizing" in Project Finance?

In this article, we will be looking at the issue of debt sizing in project finance transactions.

The key question that lenders have to answer is how much debt can we lend to the project company.

Since lenders will only be repaid from the cash flows generated by the project company, the cash flows available for the debt service or CFADS are an important variable for debt size determination.

Next is the issue of risk. The higher the project risk the less debt can lenders extend to the project company.

And, finally, debt tenor also determines the debt size, the longer the debt tenor is, the more debt can be lent to the project company. 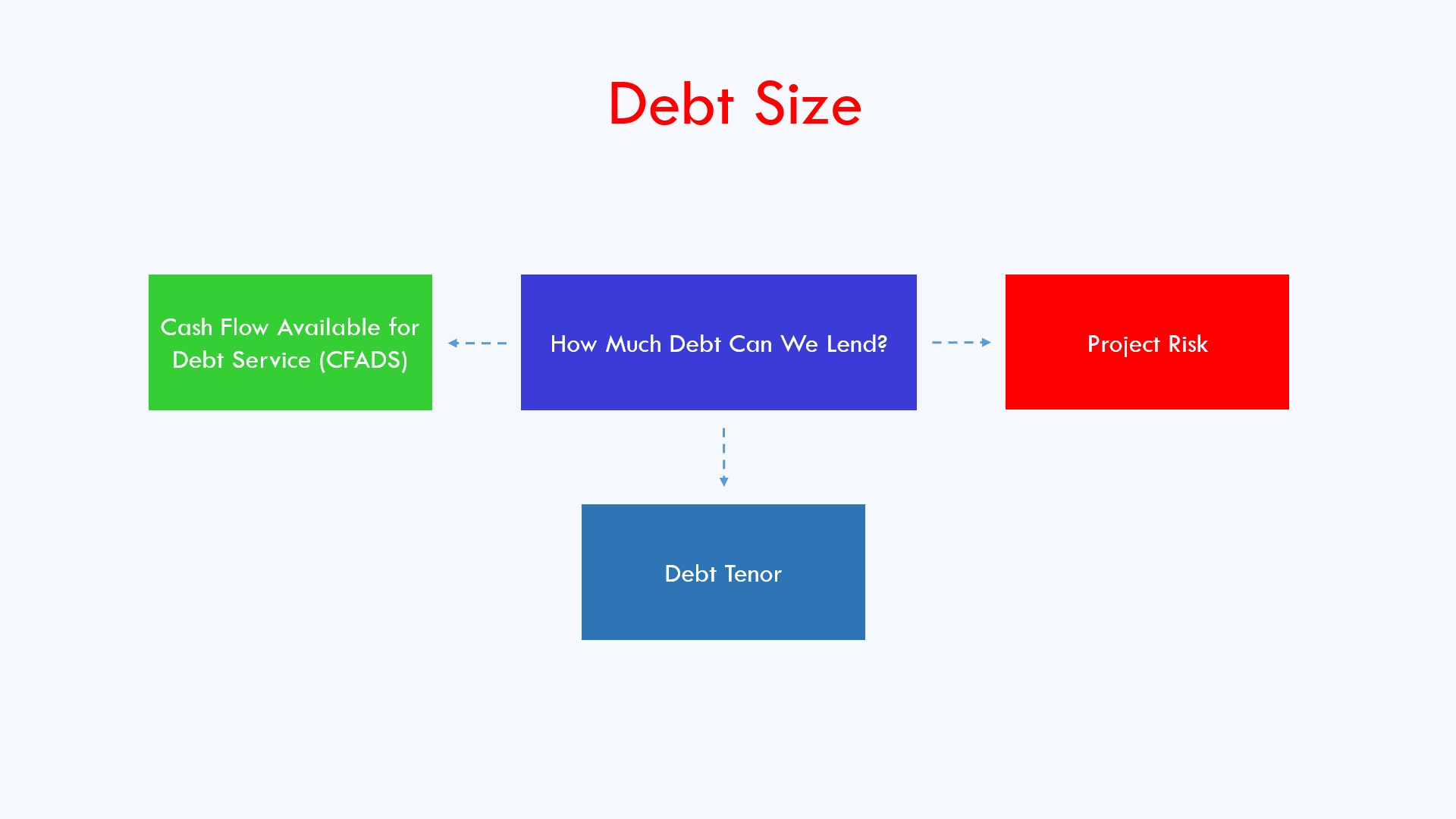 We already reviewed project riskiness in the previous lessons.

Lenders will also want to see that operating costs are also stable and predictable, and allow the project company to generate enough cash flow to cover debt service.

And, finally, counterparty risk, the risk that parties to the key project agreements are creditworthy will also affect how much debt the lenders will be willing to lend to the project. 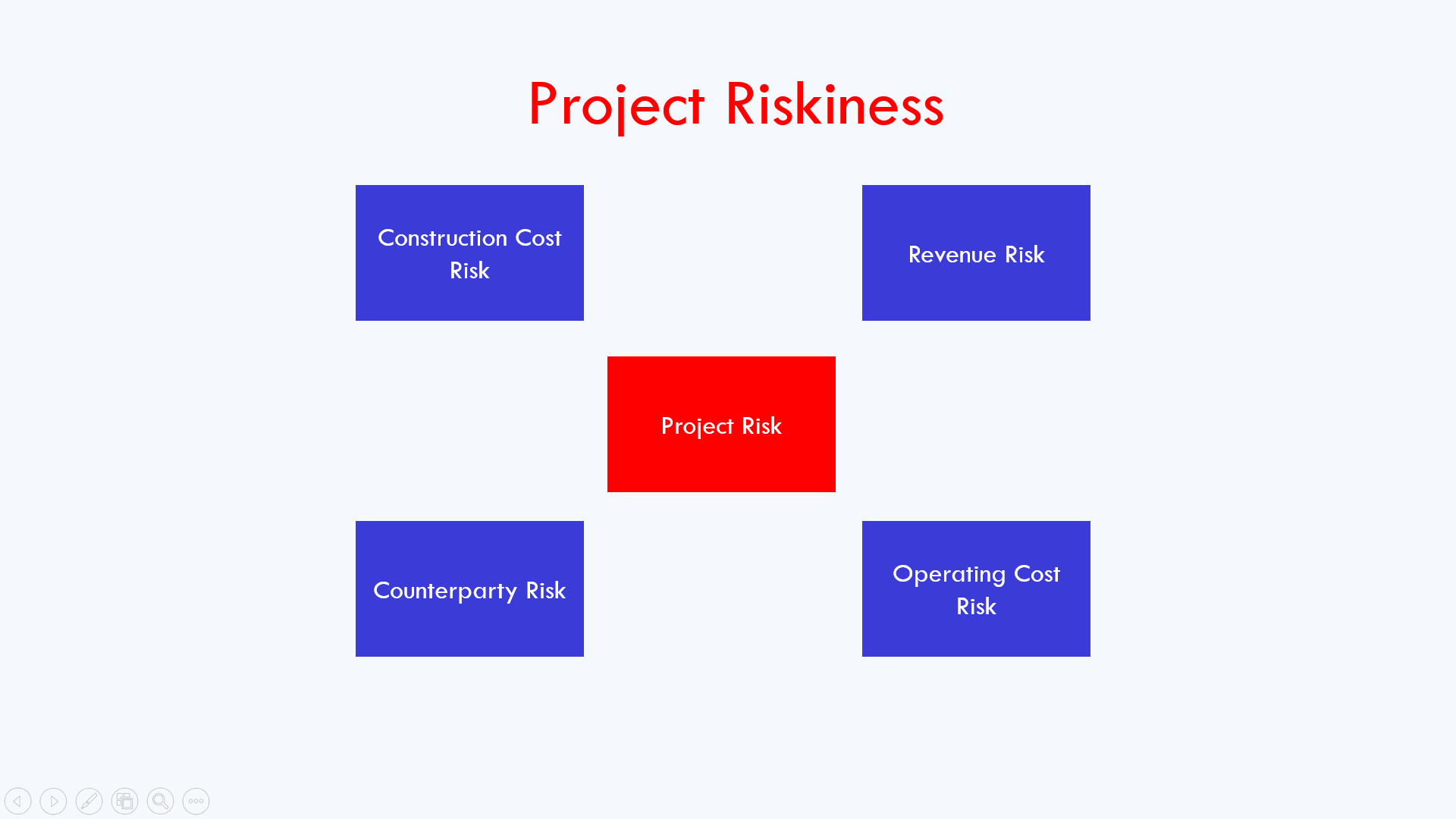 The project risk will manifest itself in two important items related to debt financing. The first is the debt service cover ratio or DSCR, and the second is the interest rate spread.

DSCR is the ratio of CFADS to debt service. DSCR measures the downside risk of the project.

The second item is the interest rate spread. We saw in the previous lesson, that the floating rate consists of the base rate such as LIBOR and interest rate margin.

The base rate is the cost of borrowing for the banks and the margin or spread reflects the riskiness of the project. 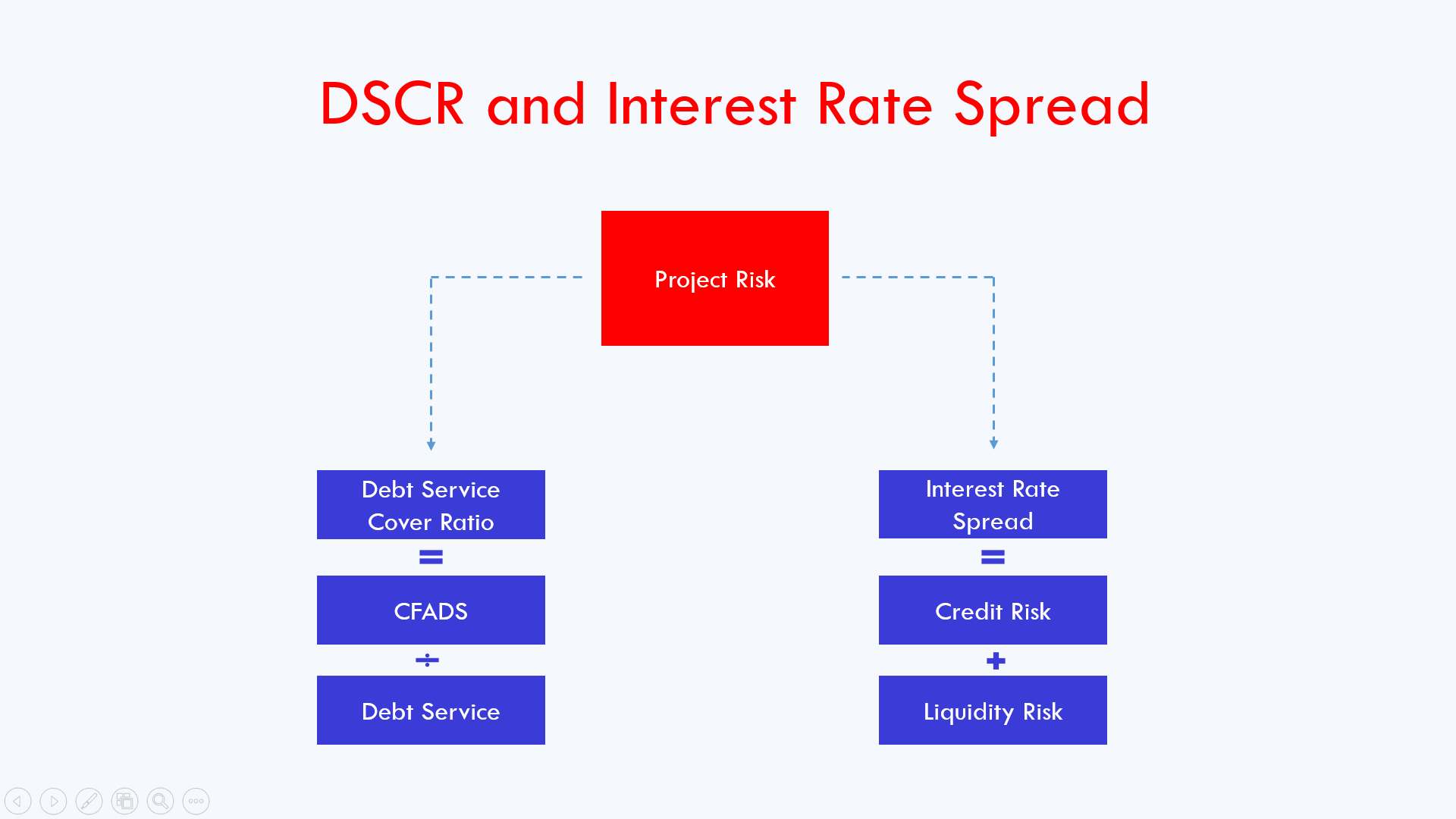 DSCR will be set by the lenders in the loan agreement as a financial covenant and breach of this covenant will constitute an event of default.

Let’s take a look at the DSCR equation and derive the debt size from that formula.

DSCR is equal to the CFADS divided by the debt service. 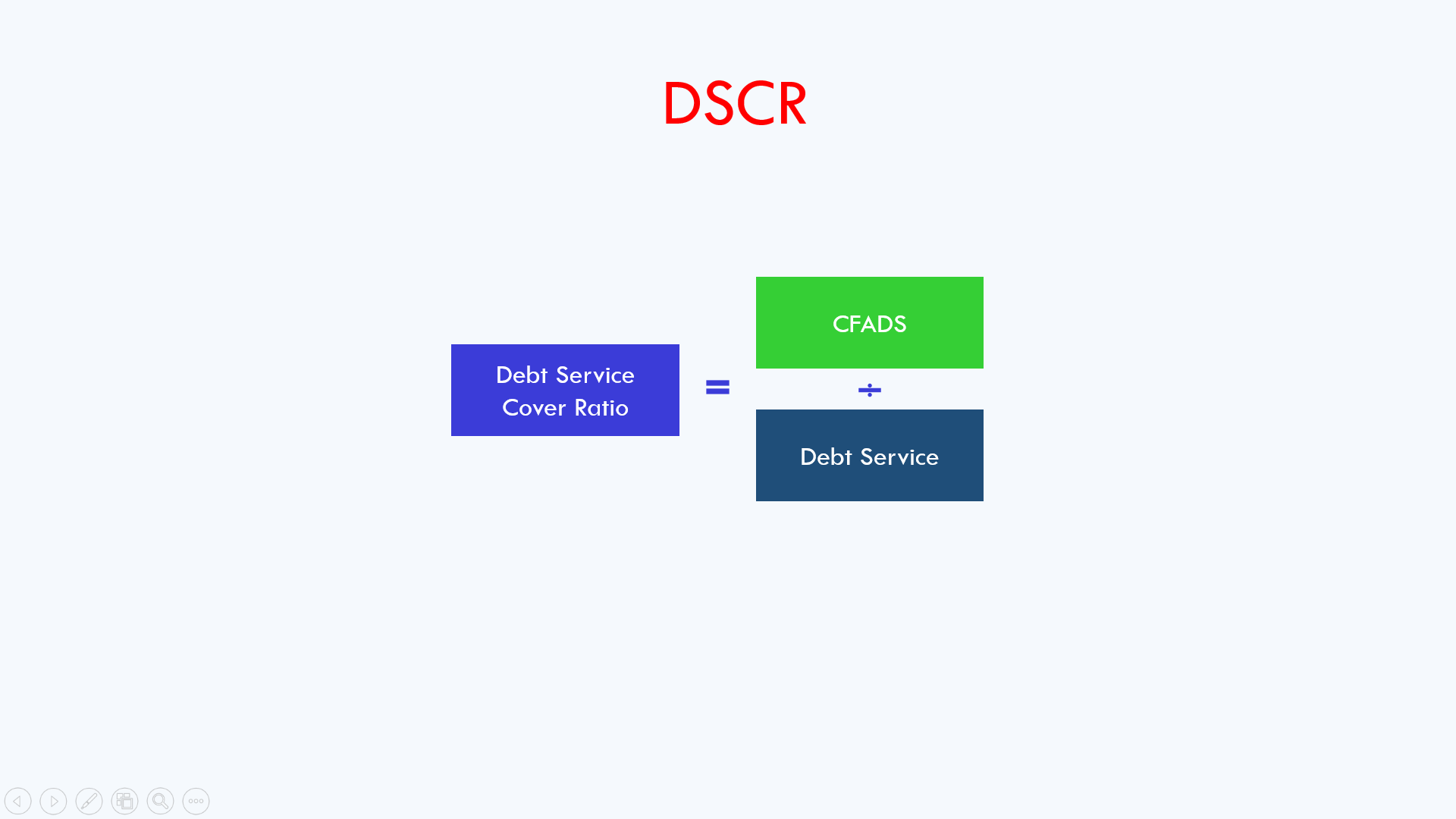 Debt service that appears in the denominator is the sum of the debt principal repayment and debt interest payment.

Let’s rearrange the equation, so the debt service appears on the left. 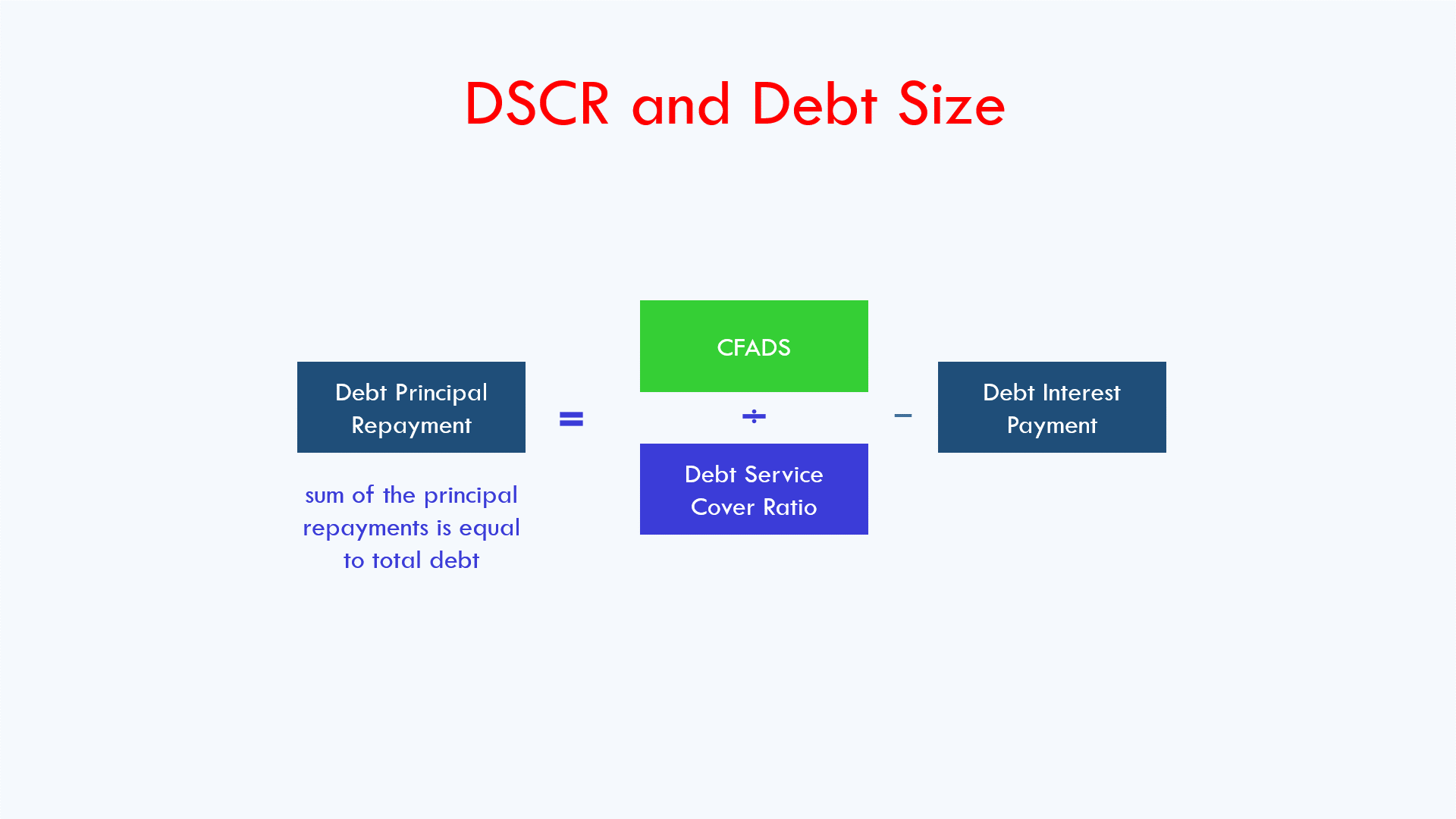 The debt size equation that we have reviewed is one way to model the debt size in the project finance model. 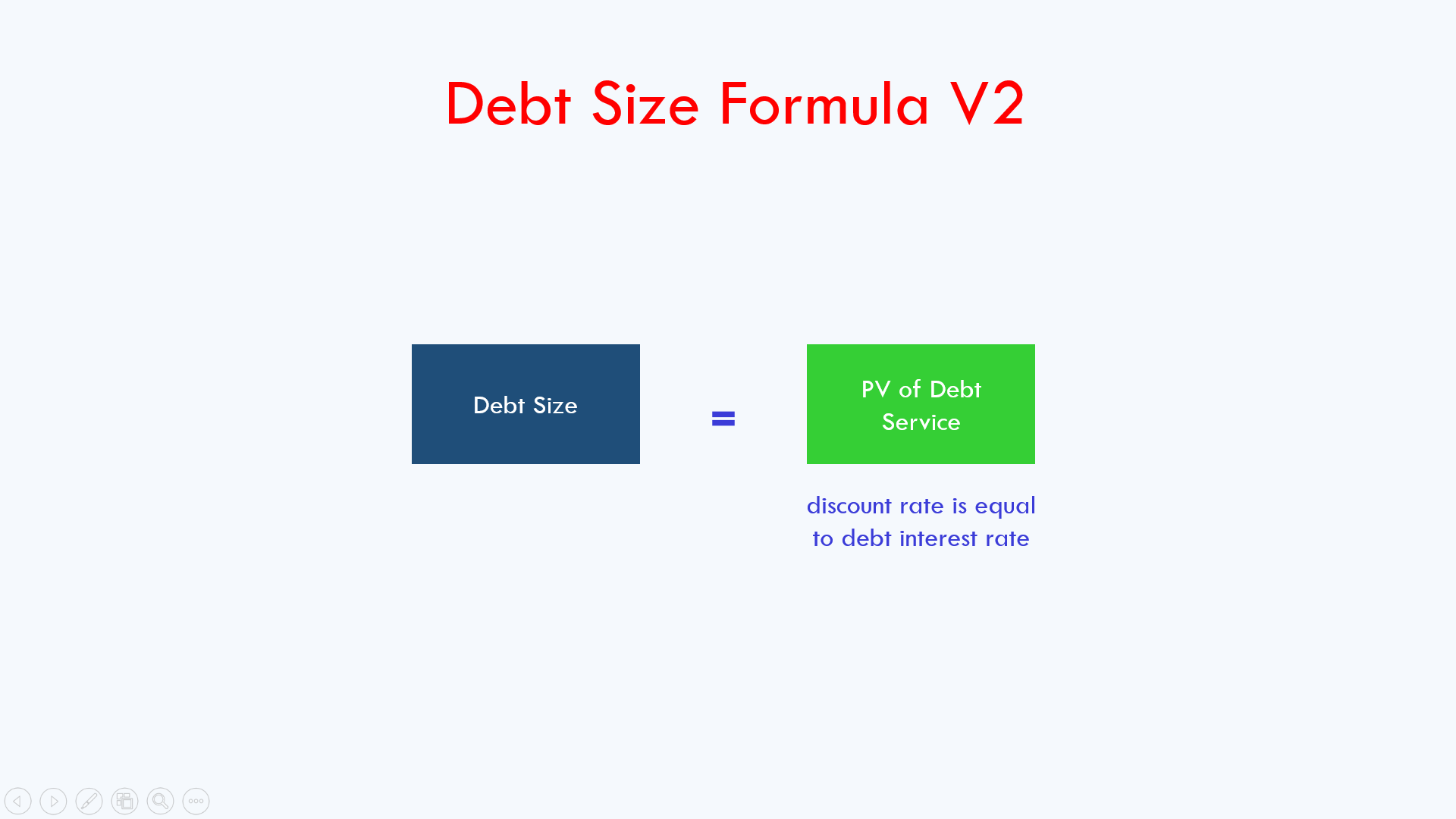 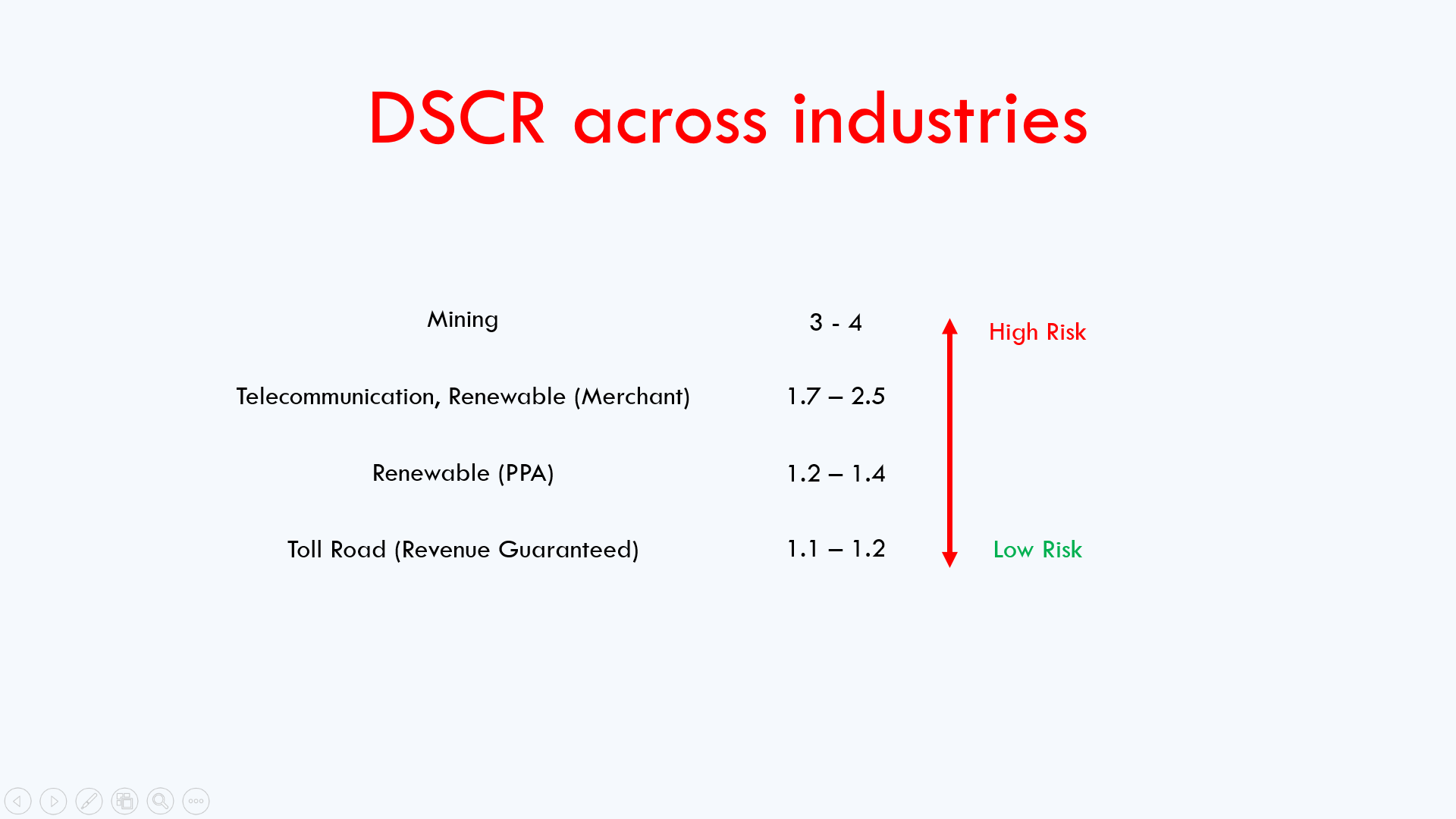 You can see that mining has the highest DSCR, and this results in significantly lower leverage usage in the mining industry compared to toll road projects with Government guaranteed revenues.

The reason for high DSCR is that the mining projects suffer from multiple risks that have to be taken by the project company and ultimately by lenders and the project sponsors.

First, there is the price risk of the commodity. While hedging can be employed, it provides very limited coverage.